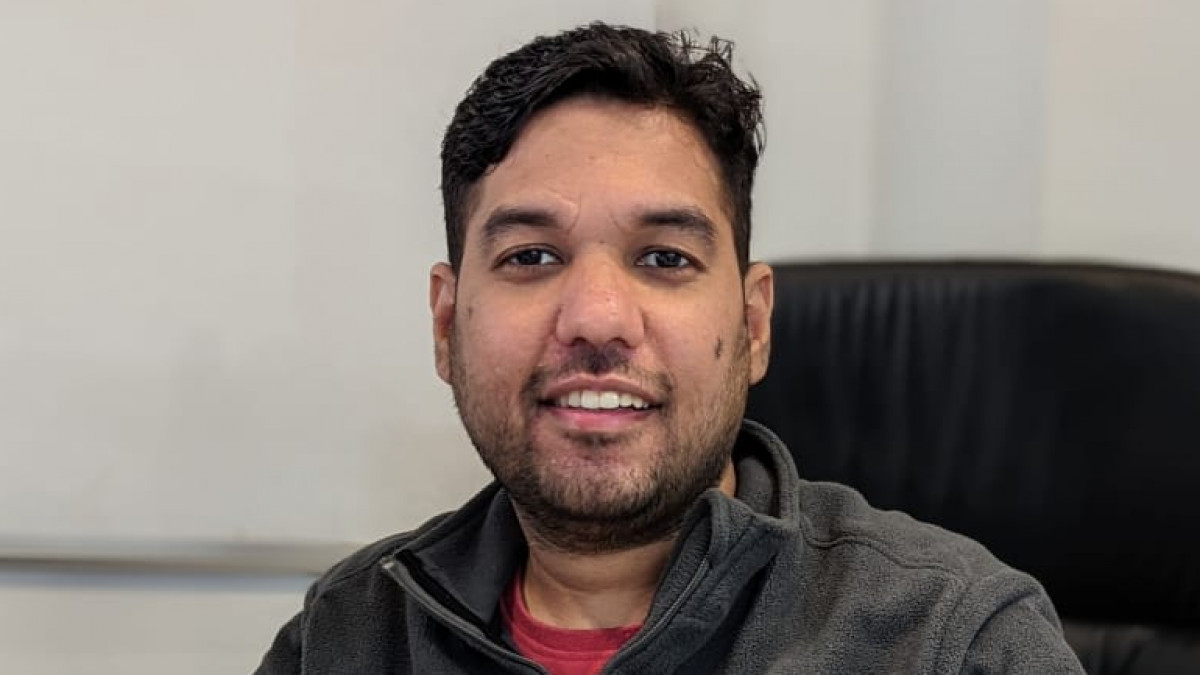 On May 15, 2015, Naval went to the hospital for what seemed a relatively minor ailment. When they couldn’t sort him out, they performed a complete physical. Not even the doctors expected to find that Naval’s kidneys had stopped functioning.

“I already knew that I had high blood pressure, but no one ever told me that could lead to kidney problems,” said Naval from his home in Delhi, India. “Even after my creatinine came back at 6.5, they didn’t tell me about ESRD. Instead, they sent me to another hospital. I still wasn’t nervous then because I just thought they were sending me to a better hospital. It was there that a nephrologist examined me and told me my kidneys were gone.

“I didn’t even understand the words he said. My heart skipped beats. Then he said it again, and that I’d need a transplant to survive. It took him two minutes to say those words, but my life turned upside down in those two minutes. I couldn’t believe it.

“They still didn’t tell me what my future would look like. It was very fast and confusing, but I still slept well that first night because I didn’t understand what was in store for me.

“The next day, the doctor told me that I would need to get a beard trim. I initially thought, ‘What a nice doctor, suggesting I trim my beard!’ It wasn’t until they took me to the operating room that they told me that they needed to insert a fistula into my neck for dialysis. That was the first time I realized that this was going to be something big.

“I couldn’t move my head for two days. I didn’t sleep, it was so painful. After the fistula was in place, they started my dialysis at 2AM. It was a very strange feeling, blood going out of my body and coming back in. I vomited ten times that night and I was going crazy. About four or five hours later the doctor returned and said it’s time to do it again, and I thought ‘Oh, my god.’ I even cried that night.”

Understandably anxious for answers, Naval asked how his kidney failure had come about, but the doctor said he didn’t have any answers.

“They said it was more important to resolve the issue at hand rather than determine how it happened.”

Of course, dialysis doesn’t resolve anything for ESRD patients. The only resolution for Naval would be a kidney donor.

But becoming a living kidney donor in India can be tricky. In 1994, India passed a law saying only blood relatives can become donors due to a high volume of people selling their organs. While the term “blood relative” is fairly broad, aunts, uncles, and cousins are often prohibited from donating, narrowing the pool of available donors to immediate family members only. For Naval, that meant his brother, sister, father, and mother could be potential donors.

“This makes it very difficult because kidney issues so often run in the family. There is a cadaver donor waitlist, but most patients on there wait eight or nine years to receive a kidney. It’s very hard to see because there really isn’t anything you can do about it.”

After testing his entire family, the doctors decided that Naval’s mother would be the best option for a living donation. Since she was a breast cancer survivor they performed many additional tests on her to make sure she was healthy enough to donate. In the end, the doctors felt comfortable moving forward with her.

While Naval’s mother never once shrank from the task at hand, she went into it with not a little trepidation.

“It took her some time to accept what needed to be done, not because she didn’t want to help me, but because she already had her own history with hospitals and health issues.”

Being back in the same hospital where she’d so gallantly fought breast cancer not so many years ago brought back many memories she surely would have preferred never to relive. Perhaps, though, this only strengthened her resolve, a mother’s unflinching determination to save her child from suffering. Either way, on July 17, 2015, she donated her kidney to her son.

The surgery took place without complication, save for a gallbladder stone they found in Naval’s mother. Since she was already to go under anesthesia, the doctors decided they would remove the stone first, then perform the nephrectomy. This added a few hours to Naval’s wait time.

“I sat in the waiting room for four hours. I couldn’t eat or drink anything. I had a lot of time to think, though I wasn’t very nervous for myself because I knew that if the surgery went well, I’d be better.”

And the surgery did go well. By the time Naval woke up, his creatinine had dropped from 6.5 to a staggering 1.

“My mother was in the hospital for maybe three days, while I stayed for nine. It wasn’t as painful as I’d expected, just very stiff and sore. My mother recovered quickly. By the time I got home, she was already cooking meals for me. I stayed home for maybe two months, then went back to work in September. We’ve both been in great health ever since.

“We were always close, but now I think we are closer. She tells me that if she isn’t here in ten or twenty years she will always be with me because I have her kidney.”

Naval acknowledges that he is one of the lucky ones in his country, to have found a donor so quickly and without having to resort to questionable means. “There should be some kind of compensation for donors,” he says. “People are selling their organs illegally anyway, and that is much more dangerous. If people were somehow incentivized, at least it would minimize the danger.”

He’d also like to see more communication from health care professionals. He says doctors are too busy and they don’t have anyone else to answer questions and give guidance, which can make the process confusing and intimidating. “This is a reason why it’s so important for donors and recipients to share their stories,” he says, “because that is where the best information comes from. You are the first person to listen to my story, and I really appreciate being able to tell it.”

As for the future of kidney disease, Naval is confident we’ll see it come to an end.

“In the next twenty years, you won’t see people dying of kidney disease,” he says, boldly. “I’m damn sure of it.”

It was both surprising and a little heartbreaking for me to hear about the laws in India that restrict donation to blood relatives. While I understand the motive behind it, I wonder how many willing people don’t donate and how many kidney patients suffer and die because they can’t find donors–all in an effort to eradicate illegal organ sales. It seems there must be a better way, but then again, we haven’t quite ironed out those details in the US, UK, or anywhere else that I know of, either.

Naval’s bravery in telling his story, and his mother’s bravery in donating, both inspire me. In Indian culture, things like kidney donation aren’t talked about as openly or as positively as they are in some other places. It’s not, according to Naval, because people don’t care, but because Indian culture remains very concerned with a certain status quo, which includes the appearance of good health. My hope is that his example will inspire others to speak up, to bring the conversation about kidney disease out from the shadows so that one day Naval’s bold prediction will become a reality.